Welcome to Japan! What are the Buzzwords Awards?

Happy New Year! It’s 2020 and we’re counting down until the Tokyo Olympic Games! As an increased amount of visitors from abroad is expected to come to Japan this year, improving the quality of information provided in foreign languages will be important.

Wovn Technologies, which founded the website and app localization service WOVN.io, will explain the Japan Buzzwords Award winners of 2019 in English, Chinese (simplified and traditional) and Korean!

■Buzzword of the Year

Japan made a statement in the 2019 Rugby World Cup by defeating Ireland, Samoa, and Scotland to reach the tournament quarter-finals for the first time in history. Each match helped fan the flame of hope in a nation that had experienced its fair share of not so pleasant happenings earlier in the year. The motto that Jamie Joseph, the team’s head coach, decided to give them was “ONE TEAM.” U-CAN, who sponsored the awards, commented on how a team unifying 15 players from 7 foreign countries and then prevailing shows that “ONE TEAM is a counter-message to the negative ideas of exclusion and suggests how essential it will be for Japan to open up more to immigrants in the near future.”

J SPORTS, which streamed the 2019 World Rugby Cup, decided to use our WOVN.io service on their official site to deliver more sports information that goes beyond the bounds of country. Wovn Technologies provides localization services and boasts having employees from 20 different countries, so we want to use each employee’s strengths to become ONE TEAM that works to make information accessible to people around the world in their native language.

Our 3 Favorite Words from the Top 10 Buzzwords

A massive typhoon struck Japan in the autumn of 2019. The Meteorological Agency warned residents to take safety precautions in advance, and railway companies enacted “planned suspensions.” This response was developed by West Japan Railway in October 2014 to suspend train services in a predetermined and systematic way. On the day before Typhoon Hagibis made landfall, Wovn Technologies set up an “Emergency Response Team” to translate the latest train status information into English, Simplified Chinese, Traditional Chinese and Korean.

In October 2019, the consumption tax rate increased from 8% to 10%. However, a reduced rate of 8% is still being applied to certain products, and cashless purchases can receive up to a 5% cashback reward. By giving food a tax rate of 8% and other goods and services a rate of 10%, the output on receipts has become very confusing. To make things even more complicated, food products purchased via takeout are charged at an 8% tax rate, while food consumed in-store is taxed at 10%. Not all stores offer the cashback reward deal, making it even more of a headache for consumers. In the midst of this confusion, Wovn created an information guide for foreigners that explains the new consumption tax rates in the simplest terms possible in 4 different languages (English, Traditional Chinese, Simplified Chinese, Korean) and made the guide available to download for free.

Download link: https://wovn.io/press-release (The guides are available in multiple languages.)

This past year, bubble tea took Japan by storm. The word “tapi-ru” is an original verb, taken from the word tapioca (boba) to describe the act of drinking bubble tea. The number of bubble teas consumed grew four times compared to the previous year as more bubble tea shops continue to open. In fact, the Tamachi Station area near Wovn Technologies now has 6 bubble tea shops and even a nearby noodle shop has daringly begun to sell “chilled tapioca tsukemen.” Many of our employees at Wovn like to “tapi-ru” as an afternoon snack. 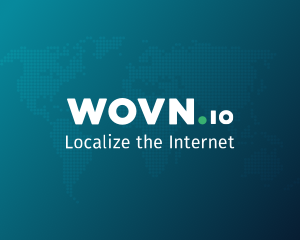