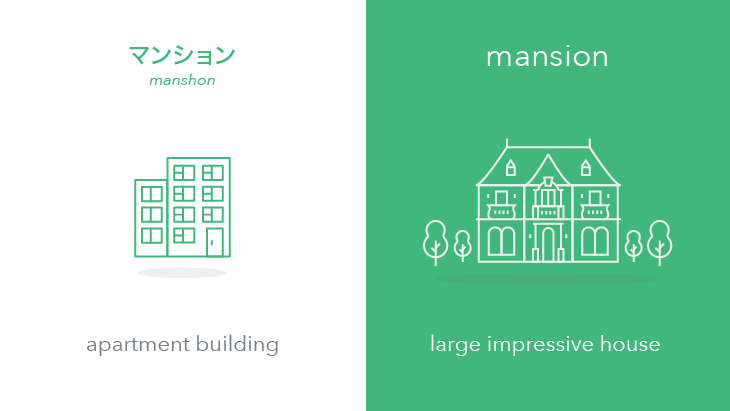 The term mansion block, from which Japanese has taken the word, was coined in the late 1800s in the UK and referred to blocks of apartments targeting the middle-class buyers. Townhouses had become hard to find and architects and developers needed to build in a new, more practical and certainly more compact way. Apartments, which used to be associated with a low income, became the solution to this housing shortage.

The same way British developers wanted to provide with a luxurious flare back in the 1800’s to what was housing for the middle class, Japanese real estate agents started using the same term as part of a campaign to promote new apartments in the 1950s.

In today’s English, the term mansion refers to large luxurious independent houses which might make the difference between the Japanese meaning and the English one somewhat odd.

This article is part of the weekly Katakana English series, where we discuss Japanese words borrowed (mostly) from English that have acquired a different meaning. For questions or comments, please click here.

Our mission is to leverage engineering to create services with a global impact. Our users are international citizens. Rather than focusing inward towards Japan, we choose to build services that are used the world over.